Causes of fatigue after sleep 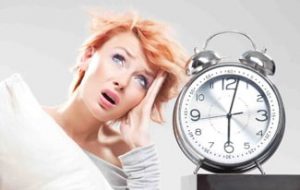 Everyone knows the feeling of fatigue, lethargy and some irritability, which sometimes happens after sleep. What is the reason for this, and is there any explanation for this? Certainly yes.

The causes of fatigue after sleep have clear justifications in human physiology. This is what we will tell lovers of interesting facts from the field of medicine.

Too much adenosine in the brain
Surely you know that for 8 hours of the night we go through 4-5 cycles of REM and non-REM sleep. Slow-wave sleep has a duration of 1.2-1.5 hours, and REM sleep – 15-30 minutes. REM sleep is quite simple to define: in this phase, the human eyeballs are actively moving under the eyelids. By the way, it is in a short cycle that we see dreams.

The first cause of fatigue after sleep can be considered the accumulation of adenosine triphosphate (ATP) in the brain. ATP is the “initiator” of sleep, that is, it suppresses brain activity and stimulates the need to “switch off”. Therefore, when there is a lot of it, and we wake up just at this moment, fatigue is guaranteed.

Co-sleeping
An interesting fact is that co-sleeping affects men and women differently. For example, men respond quite well to co-sleeping with a partner. But women are believed to sleep better when they sleep themselves.

Although if sleep was preceded by sex, then a woman on a subconscious level perceives a dream with a partner as a pleasant necessity, as a result of which she feels good after waking up.

Moreover, if you stay awake for a long time at night, this negatively affects memory and intelligence in general, and can even become one of the factors of Alzheimer’s disease (senile dementia).

Lack of sugar
The last reason for fatigue after sleep may be a lack of sugar in the body. It turns out that it is sugar consumed just before going to bed that increases the activity of neurons that contribute to a good sleep. By the way, that is why after a hearty lunch we want to take a horizontal position.

After reading this paragraph, interpret it correctly. This does not mean at all that you need to eat a tablespoon of pure sugar at night.

In general, it should be remembered that the norm of sleep for a healthy person is 6-8 hours. Too much sleep is just as bad as too little. In everything you should know the measure. Lying down at night in bed, it is advisable not to eat anything “serious” for at least two hours.

Remember that lack of sleep can not only cause fatigue or irritability after waking up, but also provoke the development of a variety of diseases.

Speaking of chronic lack of sleep, you should be aware that it can be the cause of depressive states and general depression, which ultimately leads to physiological diseases.

This mental attitude is not just a “crutch”, but quite a working technique. Try it, the results will surprise you, although here you should not abuse the “trust” of the brain. As the ancients said: “Everything in small quantities is medicine, and in large quantities it is poison.”

How to stop bleedingHow can you stop the bleeding, disinfect the wound and what to do if there are no medicines at hand? For these and other questions, you can get answers from…