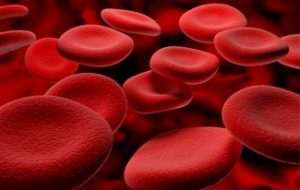 Interesting facts about human blood are not known to many. But this precious liquid ensures the vital activity of our body! An adult’s heart pumps about 10,000 liters of blood per day. And it is worthy of attention. We offer you interesting medical facts about blood.

More than 7 billion blood cells die every hour in the human body. They are replaced by new ones, which are reproduced by the bone marrow and spleen. The average daily volume of renewed blood is approximately 25 grams.

Here you can add an interesting fact about the bone marrow. Its weight is about 2.5 kg, but over 70 years of human life, it produces approximately 1000 kg of white blood cells and 650 kg of red blood cells. Here is such a factory!

The average heart rate of a healthy person is 60-80 beats per minute.

An interesting fact is that 55% of blood is plasma, and the remaining 45% are cells that move through the circulatory system thanks to plasma. These are erythrocytes (which include hemoglobin), and platelets with leukocytes. By the way, plasma is 90% water.

Different blood types were discovered only in 1930. Karl Landsteiner received the Nobel Prize for this scientific fact.

An interesting fact with blood occurred in 2004. When passing the DNA test, the criminal distracted the laboratory assistant from the procedure, and he took blood not from the attacker’s vein, but from a tube implanted in the arm, filled with someone else’s blood.

There is a man in Australia named James Harrison. He is known as “The Man of Golden Blood”. The fact is that as a teenager he underwent a serious operation, as a result of which he had to look for 13 liters of donor blood. Realizing that this saved his life, he gave his word from the age of 18 to start regular blood donation as a donor.

It soon became known that Harrison’s blood contained unique antibodies. During his life (and he was born in 1936 and is alive at the time of 2016), he became a donor more than 1000 times. An interesting fact is that he got into the Guinness Book of Records, since special preparations were made on the basis of his blood that saved the lives of more than 2 million (!) Babies.

In Japan, the attitude towards blood is very special. Residents of the Land of the Rising Sun believe that the temperament of a person depends on the blood type. If you have the first group, this means confidence and firm determination in life, the second – focus on the inner world and details, the third – intelligence and ambition, the fourth – calmness and balance. It would seem, what is the feature here? An interesting fact is that an applicant may not be hired if you have the wrong blood type. But!

In Spain, there is an ancient national entertainment – bullfighting. In bullfights, matadors show the bull a red rag, driving him into a frenzy. Most people believe that the bull reacts to the color of the fabric. But the bottom line is that bulls practically do not distinguish colors, so they do not react at all to color, but to the obsessive swaying of the canvas near their eyes. The red color was chosen so that the blood of the bull, during the battle, was not visible to the audience.

Many people know that if you put a seashell to your ear, you can hear the sound of the sea, and even the cries of sellers wandering along the sultry beach. 🙂 In fact, we hear the sounds of the environment reflected from the auricle, as well as elements of the work of our body. One of them is the movement of blood through the vessels. An interesting fact is that by putting your hand to your ear, you will get the same effect.

There are many unusual things in Antarctica. So ice fish have completely colorless blood. You can probably guess that it simply does not contain hemoglobin, which gives the plasma the usual color of blood. This is necessary for Antarctic whitefish in order to survive in water whose temperature is below the freezing point.

It is also known, horrifyingly, that in the early 1980s, Bayer sold pharmaceuticals made from blood containing HIV. As a result, around 10,000 people have been infected worldwide.

After the discovery of fatal negligence, the drug was withdrawn from sale in the United States, but the supply of the expensive substance continued to other countries. It’s money, after all!

And this interesting fact about blood is very unusual. Do you know why we start to sniffle in the cold? The fact is that the body takes care of maintaining heat in the nose by supplying more blood there. From this, the vessels of the nasal cavity expand, which leads to a greater release of mucous secretions.